The Dynamic Object Linear Ligation Interface, or DOLLI, is a device designed to clone inanimate objects and can be found installed in rooms all over Quadwrangle Manor.

DOLLI is able to produce Safes, boxes IDS Batteries, and Furniture which can then be used by the player to solve puzzles.

According to Professor Quadwrangle, DOLLI began as a simple metal forge used by the Quadrangle family since medieval times. Back then it was used to make the original family suit of armor.

The Professor continues that his great-grandfather modified the forge so it could produce steel objects autonomously, provided it had enough raw material.

Professor Quadwrangle brought DOLLI to its current state. It is now able to produce any object, only using a supply of Science Juice as a source of material.

According to Professor Quadwrangle DOLLI somehow constructed the Underground Railroad and said that "This thing singlehandedly won the civil war!....well not really" 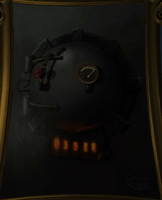 The original metal forge that would eventually become DOLLI 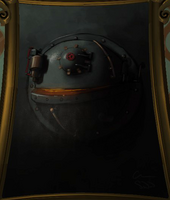 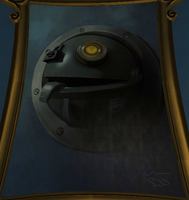 DOLLI as it appears today
Add a photo to this gallery
Retrieved from "https://quantumconundrum.fandom.com/wiki/Dynamic_Object_Linear_Ligation_Interface?oldid=5371"
Community content is available under CC-BY-SA unless otherwise noted.